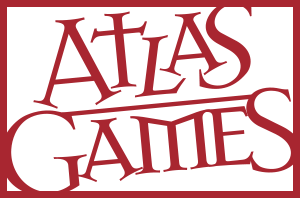 Come to a land of adventure and mystery, of falling empires and rising nations, of legendary creatures and incredible myths. This is Ars Magica's Mythic Europe, where the power of magic is real and exists alongside historical figures and locations.

Stories revolve around the covenant: one part mystical college, one part magical laboratory, one part Hermetic fortification, one part bastion of secrecy.

You'll take many roles. At times, you may be a grog, a stalwart guard of the covenant, well-paid for your labors with a life far more exciting than that of the common folk. At other times, you may be a companion, a respected friend of the covenant, using your professional skills for a share of the glory and the reward. You'll also take on the role of a magus, a wizard of legendary power, a leader of the covenant, a member of one of the Houses of Hermes. With each role you play, however, you have knowledge few others possess. You know of Ars Magica, the art of magic.

The first edition of Ars Magica set the benchmark for magic in fantasy roleplaying. It pioneered the storytelling style of roleplaying that has become so popular today. Its setting, Mythic Europe, sparked the imaginations of fantasy fans and history enthusiasts alike.

The fourth edition of Ars Magica's core rulebook introduces improved systems in several key areas such as combat, character advancement, and covenant generation. This version of the game retains and improves upon Ars Magica's powerful and flexible magic system -- widely regarded as the best rules for magic in all of gaming. Ars Magica Fourth Edition also remains fully compatible with the game's previously released supplements.