Legendlore: The Realm Chronicles Volume 3 - The Trouble with Trolls 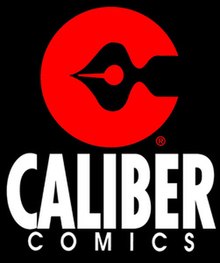 Four normal modern day teenagers are plunged into a world they thought only existed in novels and film. They are whisked away to a magical land where dragons roam the skies, orcs and hobgoblins terrorize travelers, where unicorns prance through the forest, and kingdoms wage war for dominance. It is a world where man is just one race, joining other races such as elves, trolls, dwarves, changelings, and the dreaded night creatures who steal the night. Not a typical "dungeons and dragons" world, for this story follows the adventures of these teens into the unknown as we watch the world unfold with their eyes. It is a world that is foreign to them. We learn as they learn. And what hope do these teens have in this strange Middle Earth world? How can they survive against wizards, dwarves, halflings, dragons, and trolls if they had a hard time making it in high school? It is a world of fantasy. Of imagination. It is the Realm. It is Legendlore.

From Caliber Comics now comes the entire Realm and Legendlore saga as a set of volumes that collects the long running critically acclaimed series. In the vein of The Lord of The Rings and The Hobbit with elements of Game of Thrones and Dungeon and Dragons. This book collects The Realm – Volume One issues 8-11. In VOLUME THREE: The teens discover their own unique mystical powers continue to grow and both Marjorie and Sandra unleash their potential...but in different ways. Marjorie leads towards healing whereas Sandra, under the influence of Lord Darkoth, finds herself capable of things she thought impossible. The group heads to the scientific city of Ardonia where they hope that the answer to get back home will be found. While we learn why Letha, having been one of Ardonia’s elite soldiers, can never return to that city. And along the way Dom and Silverfawn struggle with the feelings they have for each other...can man and elf possibly find happiness? These questions and attacks from marauders and a town of Night Creatures await our young adventurers in this volume.