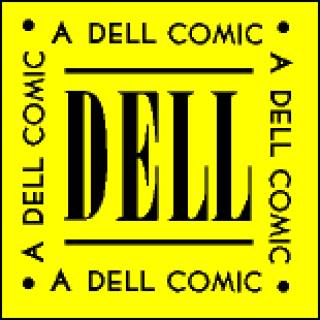 Dell
Photo cover of Clayton Moore as the Lone Ranger. The Disguise that Failed, art by Tom Gill; The Lone Ranger infiltrates a railroad work camp in disguise to find out who is extorting kickbacks from the workers. Under Attack; The Lone Ranger helps a Army outfit rebuilding a fort fight off Cheyenne Indians. The Wrong Wagon, art by Tom Gill; The Lone Ranger has to decide which of two wagons contains the loot from a robbery. Bitter Homecoming, art by Jon Small; After many months of traveling, Young Hawk and Little Buck return to their home village only to find that sickness killed their parents a year earlier. Facts about Indian tepees "narrated" by the Lone Ranger. Based on the popular Western TV series. 36 pages, full color. Cover price $0.10.
Share Share on Facebook Tweet Tweet on Twitter Pin it Pin on Pinterest
x