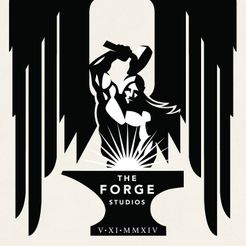 From the anvil of The Forge Studios comes The Rangers Combat Card Game, a game of high adventure.

In this first edition limited set, two armies go head to head in a winner take all battle of legendary proportions.

The basic set includes 54 cards and a rules sheet, all in a handsome box.
The factions are divided into two decks of 27 cards each, with distinctive backs. The face of every card is different, with artwork inspired by the epic film The Rangers: A Shadow Rising.

The Rangers Combat Card Game is easy to learn but takes strategy to master. Gameplay is fast, fun, and exciting.

Each Combat Engagement is a battle but one battle does not win the war!

Each player then draws back up to five cards. The loser of the last Combat Engagement now gets to go first.

WIN the game and the war by removing five enemy characters from play!