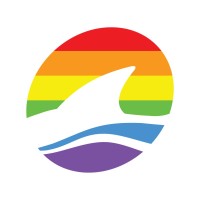 Deep in the Eyrewood, dark creatures would spread their corruption to the people of the forest. Thankfully, the citizens are protected by the Thornwatch, stalwart spirits who come to help when a bramble knot is tied in a birch tree. This graphic novel adventure game gives each player a deck of cards with which to seize the momentum and drive the corruption from the forest. One player takes on the role of the Judge, a powerful guardian spirit that rules over a domain of the Eyrewood.

Thornwatch is created by the designers at Penny Arcade and Lone Shark Games. This gorgeous game immerses players into a comic book world, where monsters roam and the Ebb corrupts all. Play time is about an hour per scene, each illustrated on a colorful storyboard.

The Thornwatch Core Set is followed by the expansion The Dark of the Wood, which will introduce corrupted characters to the game.